What will happen if the primer-free process is used in the automotive wheel spraying process?

As we all know, the current car wheel spraying process is generally: pretreatment → primer → drying → polishing → primer → color paint → drying → transparent powder → drying. The spray primer is to ensure the flatness of the surface of the substrate and stone-strike resistance, but what problems will occur if the primer-free process is used in the spraying process of automobile wheels? 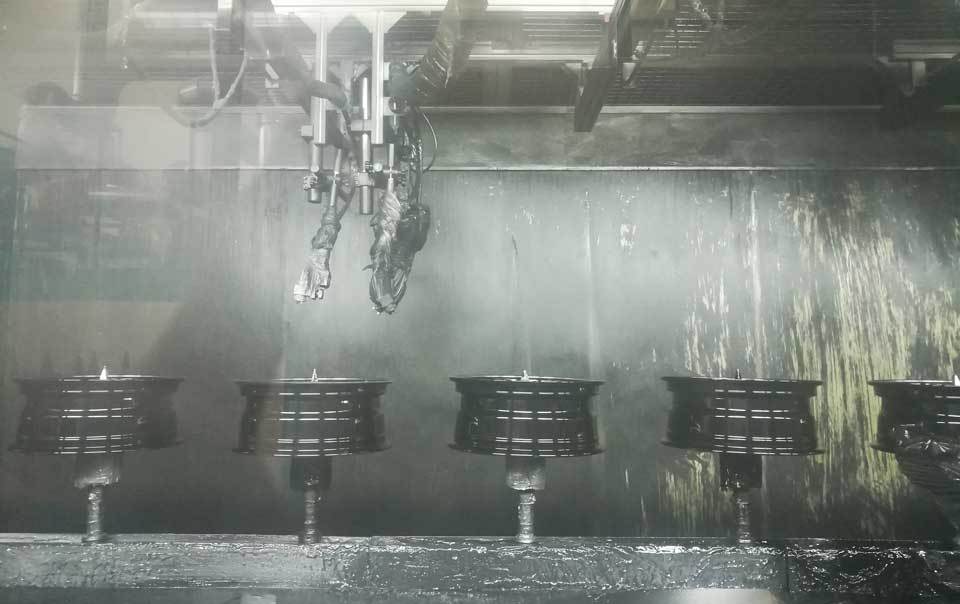 The traditional process uses primer and colored paint wet-on-wet spraying. During the spraying process, the paint solvent evaporates less. When the primer is not applied, the colored paint and solvent are more likely to evaporate, so it is easy to produce paint such as blooming at the corners. Membrane maladies. Taking into account the insufficient hiding power of the colored paint itself, in order to achieve a good leveling and appearance and reduce the defects of the paint film, it is more difficult to optimize the spray angle and parameters compared to the primer spray. 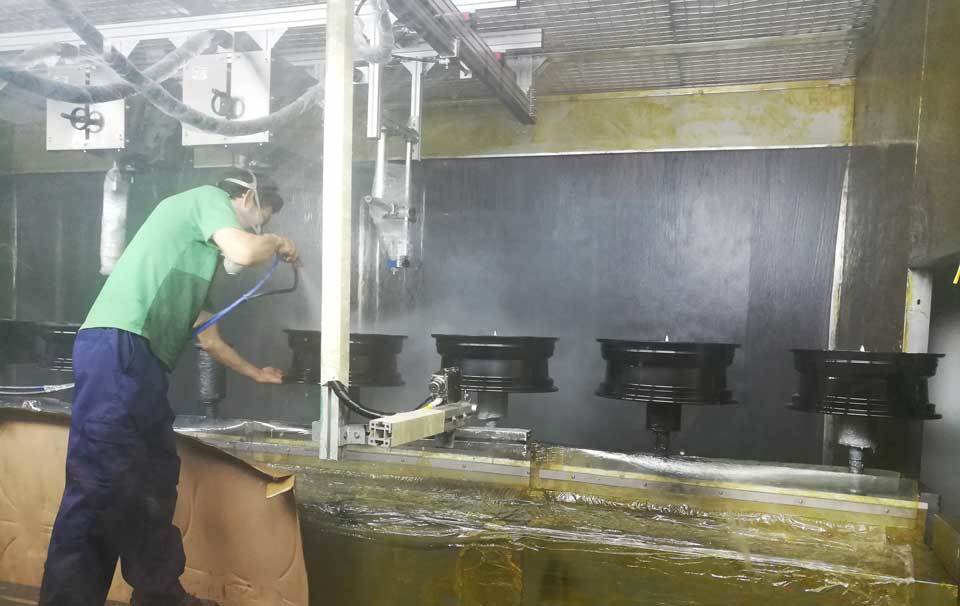 Secondly, by adjusting the film thickness of the sprayed color paint, the final effect of imitating the electroplated silver color is achieved. When the primer is not sprayed, in order to meet the requirements of uniform film thickness, the consistency of the spraying process is more demanding. For paints of colors such as MidnightSilver, the silver powder particles are very fine and the hiding power is insufficient. When spraying, its color changes with the change of the color paint film thickness. In addition, due to the wheel shape, there is almost no complete flat surface. The paint film thickness varies too much during spraying. Large, there will be color difference between different positions of the hub and the color difference between the appearance of the hub and the standard plate. 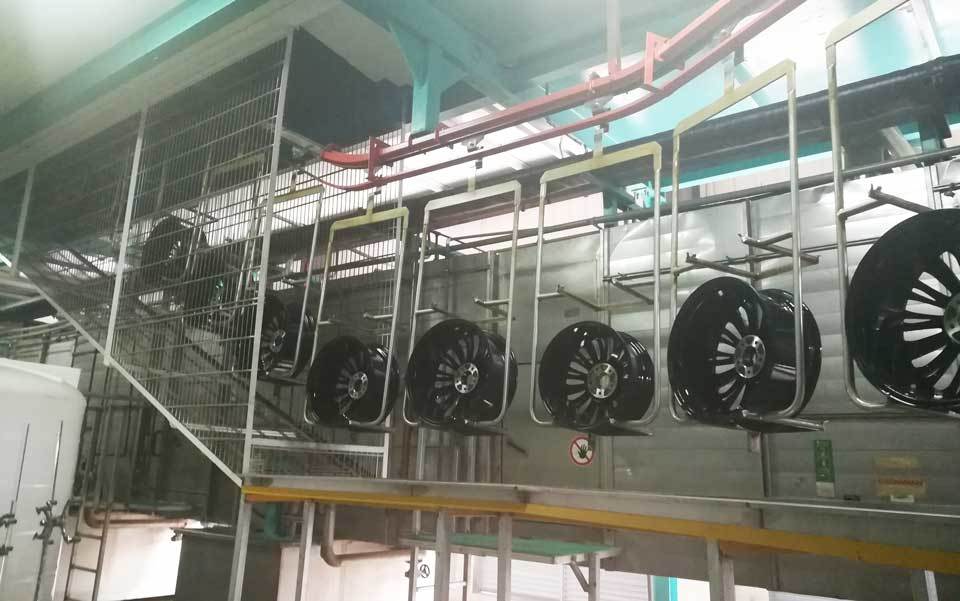 Research has found that the use of the primer-free process can achieve process optimization, which not only shortens the process flow, saves coating and labor costs, but also reduces VOC (volatile organic compound) emissions, which is a major improvement in the wheel spraying process. However, the use of the primer-free process in the spraying process of automobile wheels is prone to paint film defects such as sandpaper printing and splattering, and problems such as the increase of paint film thickness and color uniformity control difficulty need to be paid attention to. With the development of automotive spraying technology, it is believed that these problems will be resolved soon.

What are the spraying processes for automotive aluminum alloy wheels?

What material is the non-stick pan coating?

What are the spraying processes for automotive aluminum alloy wheels?

What material is the non-stick pan coating?