Application of graphene in waterborne coatings

Graphene is used in coatings to prepare pure graphene coatings and graphene composite coatings. The former mainly refers to functional coatings in which pure graphene exerts anti-corrosion and electrical conductivity on the metal surface; the latter mainly refers to graphene first and polymer. Resin compounding, and then preparing functional coatings from composite materials, graphene can significantly improve the performance of the polymer. Anti-corrosion coatings have always been an important branch of coatings. In the national economic production, the use of a large number of metal products makes the requirements for anti-corrosion of equipment high, and the market demand for anti-corrosion coatings continues to rise. 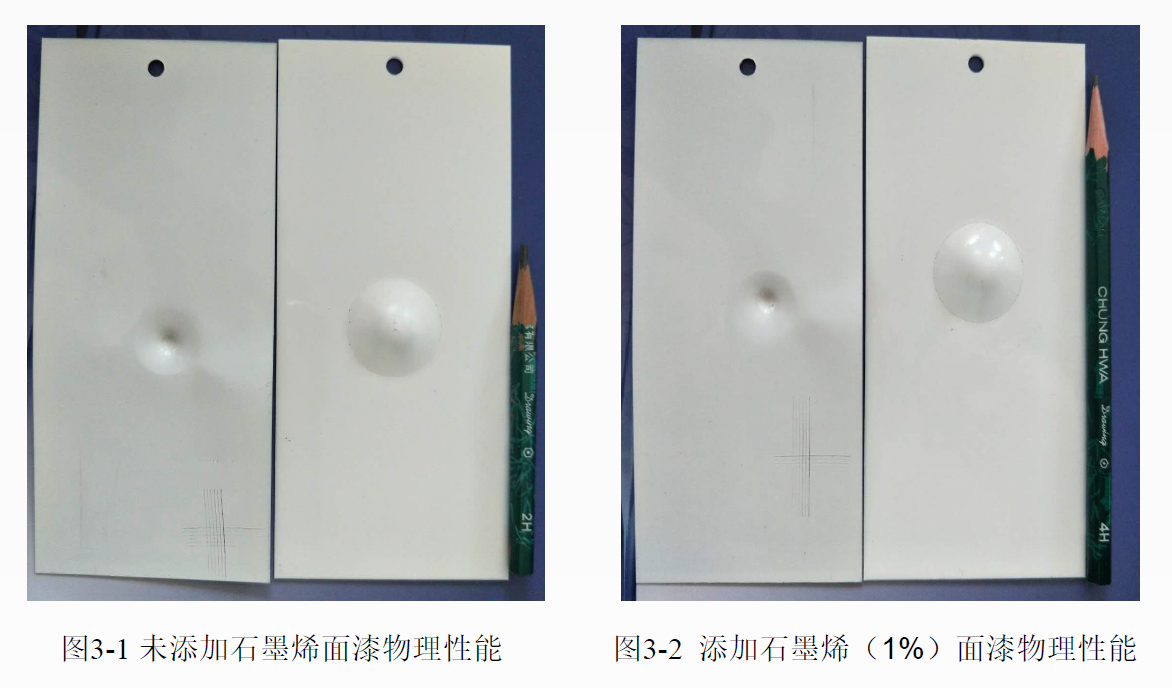 The addition of graphene to the existing epoxy anticorrosive coatings not only maintains the original properties, but also improves the impact resistance, adhesion, water resistance, hardness and other indicators. It is widely used in anti-corrosion of equipment in marine engineering, transportation, large-scale industrial equipment and municipal engineering facilities. Environmentally friendly coatings are the main direction of current coating development. Waterborne coatings have become an important development target for environmentally friendly coatings due to their low VOC. The following is a study of graphene in waterborne epoxy anticorrosive primers.

1. Graphene is applied in anticorrosive primer

It can be seen from Table 1 that the addition of graphene can greatly reduce the amount of zinc powder added, and at the same time greatly improve the anti-corrosion performance of the coating, and overcome the anti-corrosion method of the epoxy zinc-rich coating at the expense of zinc powder. The two-dimensional sheet structure of graphene and high specific surface area make it superimposed in the coating layer to form a dense physical insulation layer, which plays a prominent physical insulation effect. Moreover, due to the high-speed conductivity of graphene and outstanding chemical stability, the anti-corrosion performance of epoxy-rich zinc-rich coatings with graphene has made a huge leap.

Table 2 compares the salt spray resistance of waterborne anticorrosive coatings with and without added graphene.

2. Graphene is applied in topcoat

Because graphene has a high specific surface area, it has a strong adsorption force. After adding graphene to the topcoat, it forms a network structure during the curing process of the paint film, which greatly enhances the adhesion of the paint film. The film is more stable and stronger. The results of several tests showed that after the addition of graphene to the topcoat, the impact, cupping, hardness and weather resistance of the coating were greatly improved, as shown in Figure 3-1 and Figure 3-2. Table 3 shows the performance comparison of unadded and added graphene.

Table 3 Comparison of performance of graphene without addition and addition

Temperature requirements for various coatings in the spray line

Temperature requirements for various coatings in the spray line