The fire hazard in the spraying workshop is very high. At present, the commonly used spraying method is to use high-pressure air or a high-voltage electrostatic field to make the paint atomized and adhere to the surface of the car body. Paints generally contain a large amount of flammable, explosive, and volatile diluents with low flash points. The most common is the organic solvent xylene. During operation, some of these diluents and paint mist may be distributed to the workshop Inside, when it is mixed with air to a combustion explosion concentration, a fire or explosion will occur when it encounters an open flame or spark. In addition, during the spraying process, when the paint is sprayed out of the spray gun rapidly, a lot of static electricity will be generated due to the intense friction and the paint quickly detaching from the spray gun. If these charges cannot be released or are not released in time, they will accumulate quickly. In the air, when the electrostatic voltage reaches 340 ~ 350 V, spark discharge is prone to occur, forming an ignition source for ignition and detonation. 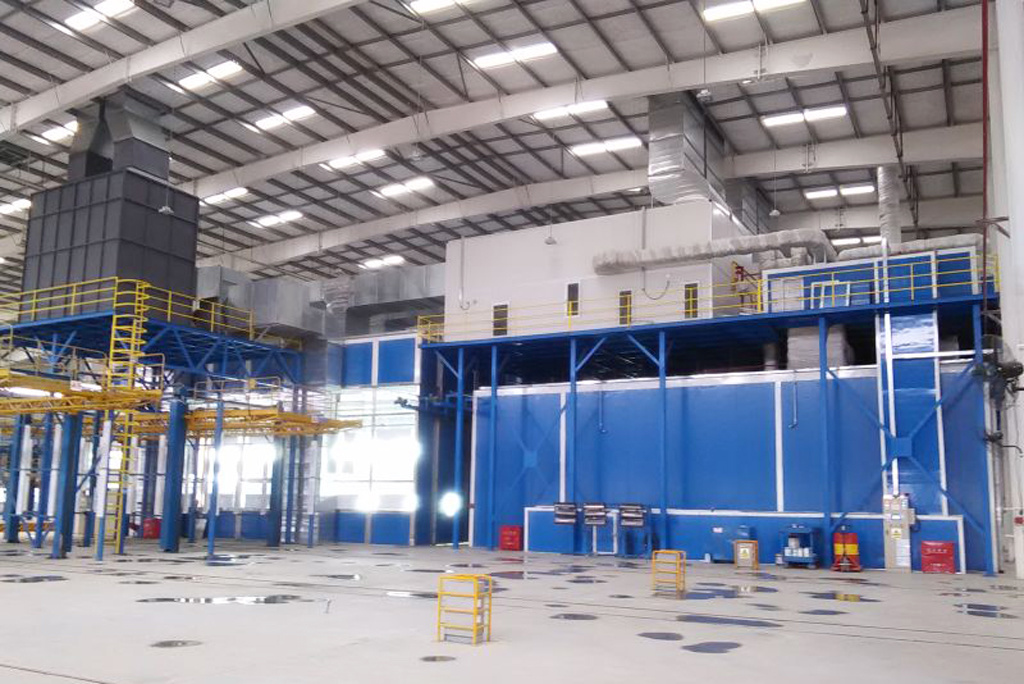 From the overall view of the layout of spraying production and the production process, the links that are prone to fire accidents are mainly concentrated in the following areas: indoor electrical equipment failures, oven and drying equipment failures, personnel violations, smoking, welding and gas cutting during maintenance, heating and lighting Open flames, equipment self-heating, spontaneous combustion of paint slag, poor equipment grounding, poor contact discharge, unstable voltage, leaking gas hoses, belt friction static electricity, damage to power distribution cables, improper cleaning of combustible debris, improper human operation, etc. Specific analysis of the typical fire accidents in spraying workshops in recent years, most of which are due to repair welding, electrical failure, illegal operations, smoking, maintenance management, etc., which caused paint fog or paint slag to catch fire, and because of poor grounding or spray gun too close to the workpiece Only a minority of fires caused by static electricity.
At present, the coating production lines used by some domestic automobile manufacturers are synchronized with the technology of well-known international manufacturers. Most of them use special steel enclosed paint spraying equipment. The production line and the air supply and exhaust system in the workshop are all available. The interior can be adjusted to maintain micro Positive pressure, and equipped with combustible gas concentration alarm system. Considering that the maximum allowable concentration of flammable gases such as xylene is far below its lower explosive limit concentration, the probability of a gas fire under normal circumstances is very small. Therefore, the spray booth fire is mainly a solid surface fire. To sum up, the fire hazard in the spraying workshop mainly comes from the safety of the spraying equipment itself and the improper operation and management during use. Therefore, the following measures can be taken for fire prevention and control. 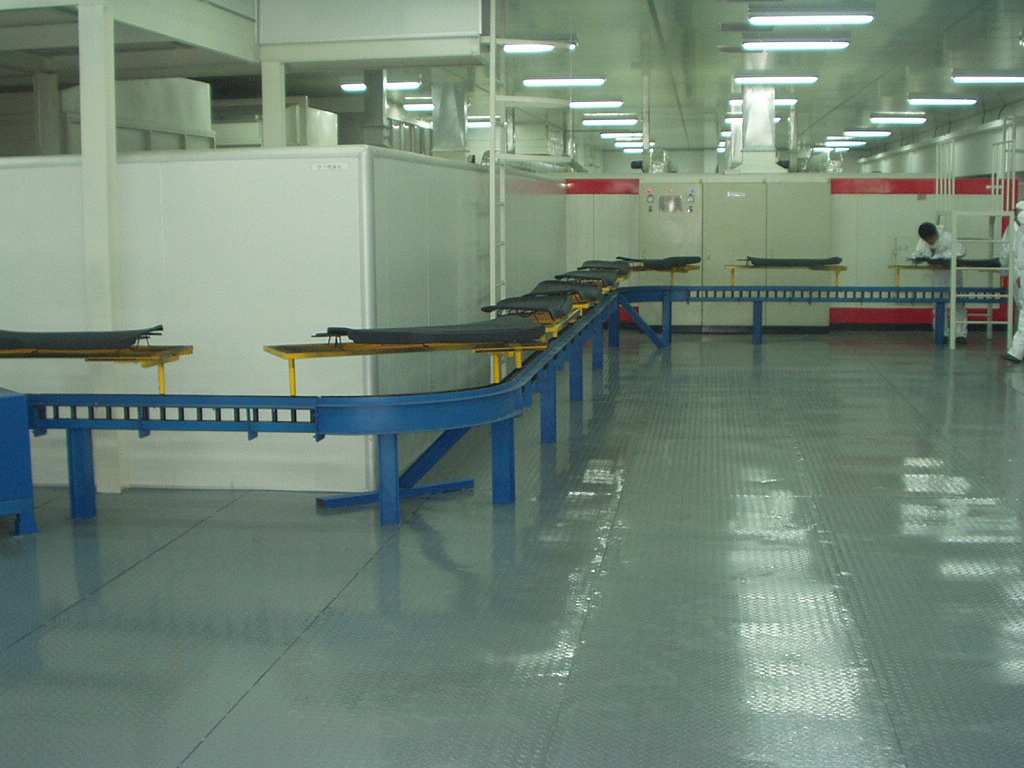 1. Fire warning and linkage system setting in paint shop
An automatic fire alarm system can be installed in the paint shop. Each alarm zone is equipped with two sets of different types of fire detectors; each fire hydrant is equipped with a manual alarm button; an explosion-proof sound and light alarm, fire broadcast and Fire telephone; set up explosion-proof flame detectors and combustible gas concentration detectors in the paint mixing room and paint storage room; set up combustible gas concentration detectors near the air-conditioning blower unit and the burner in the drying room; the workshop cable uses an alarm temperature of 60 ℃ explosion-proof temperature sensing cable. The above-mentioned various alarm detection devices are all connected by optical fiber to transmit the fire alarm signal to the monitoring room of the fire control center with dedicated personnel to realize centralized alarm and monitoring. After confirming the fire, use the fire alarm controller linkage equipment to control the operation of the water spray system, rain shower system, automatic sprinkler system and gas fire extinguishing system in the workshop, and cut off the paint gas supply to the pipeline in time, and cut off as needed The working power supply can achieve the purpose of quickly extinguishing fire. 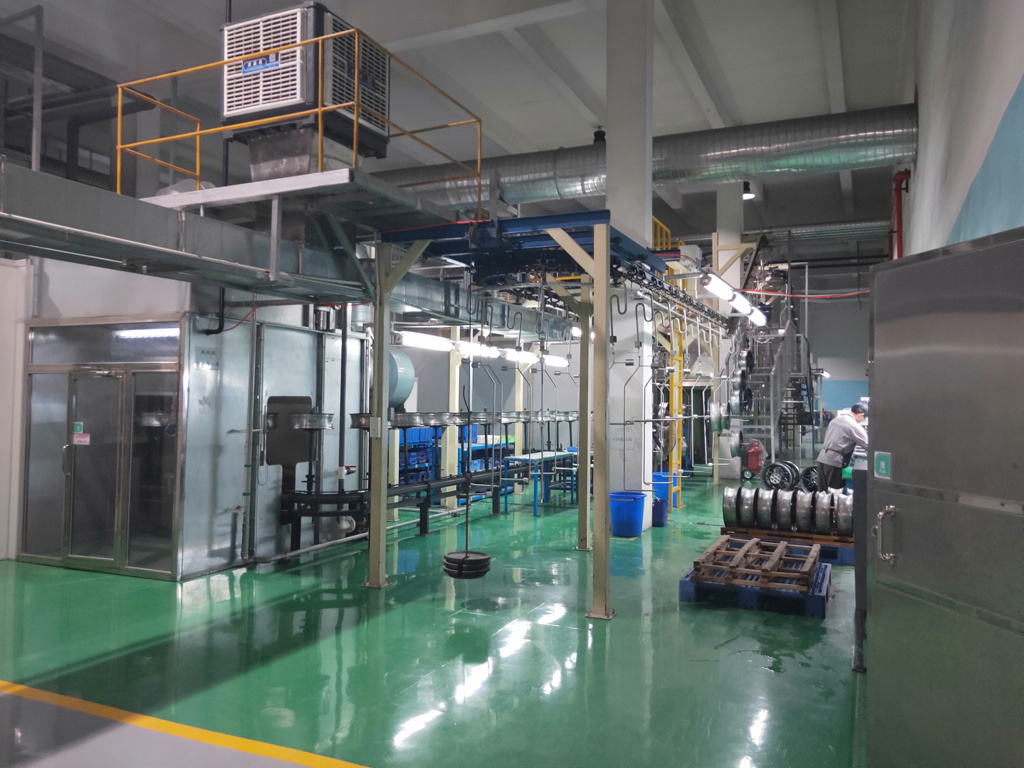